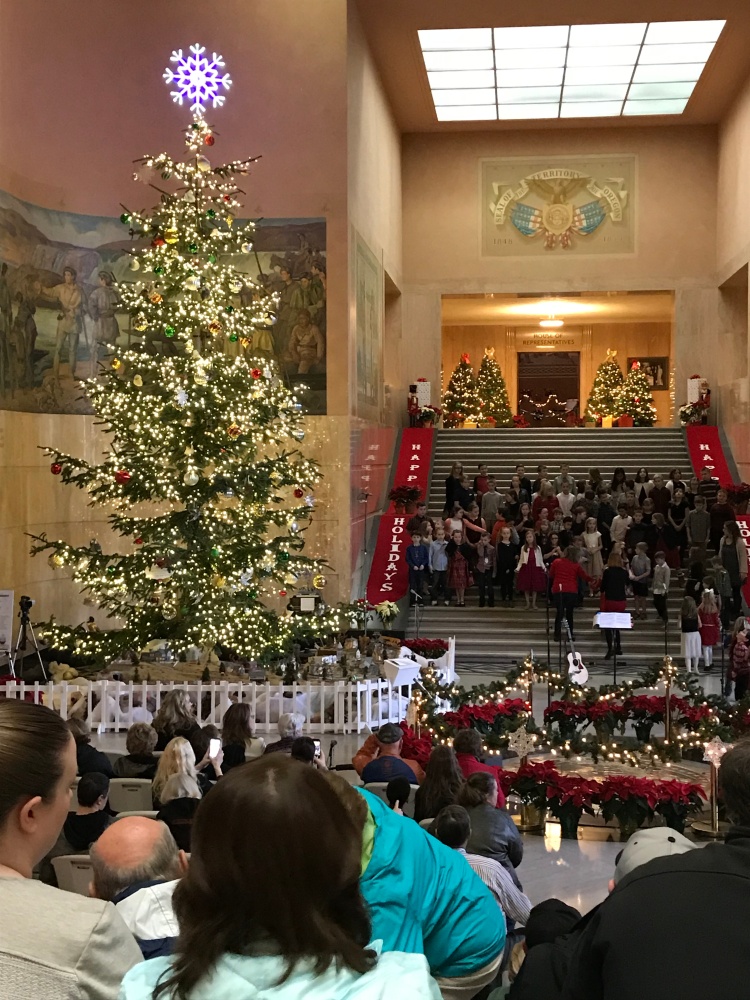 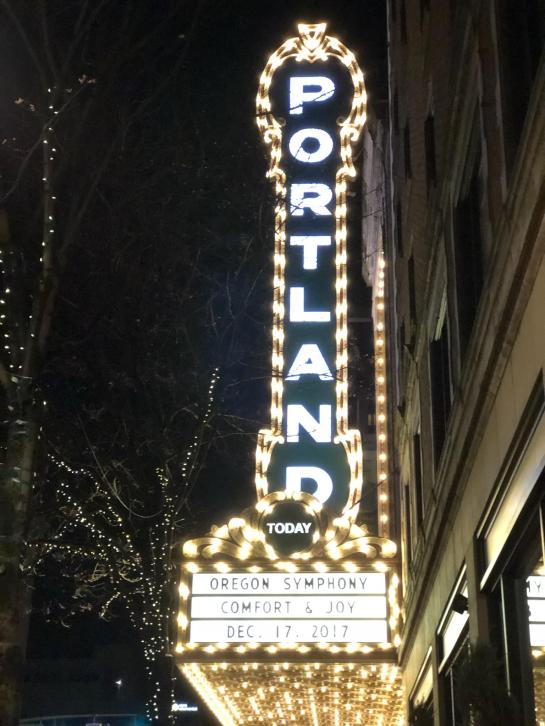 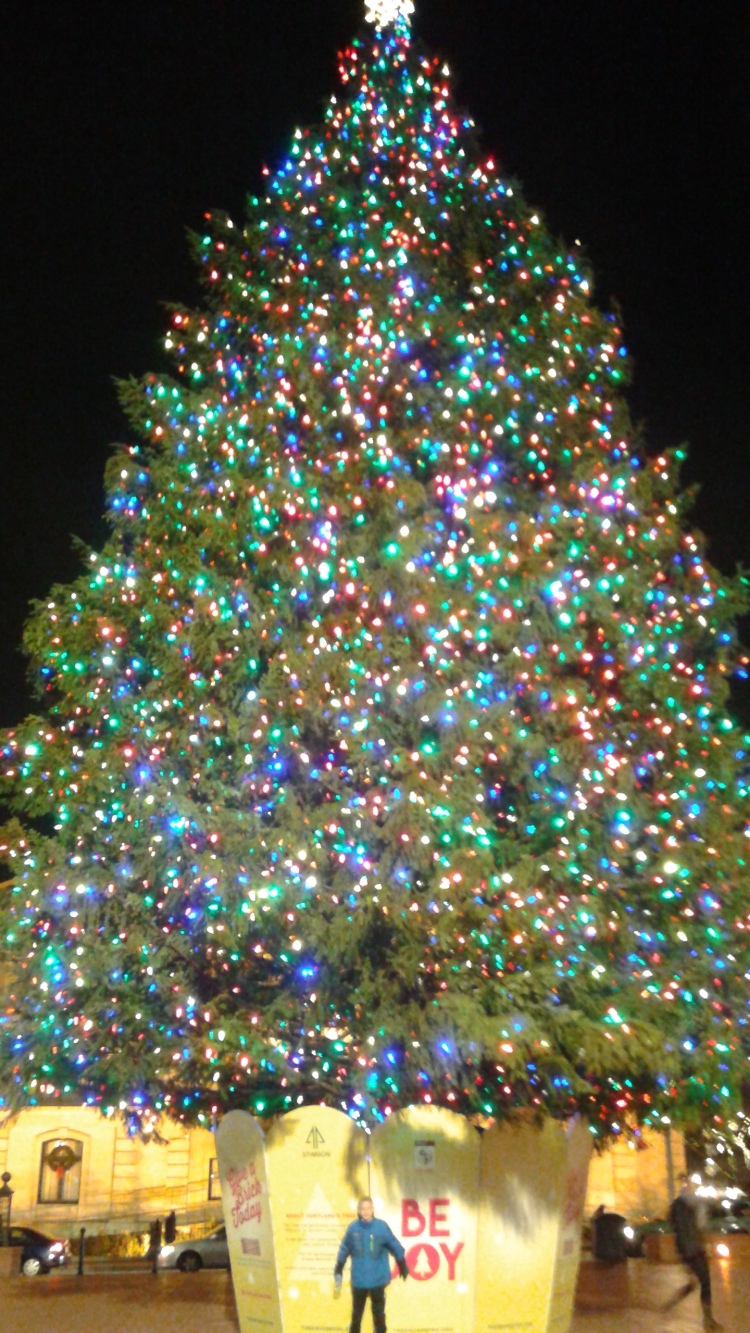 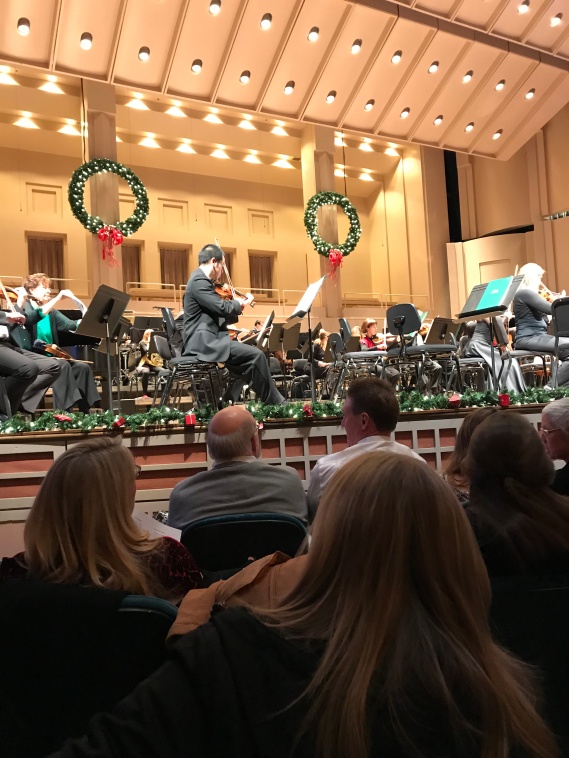 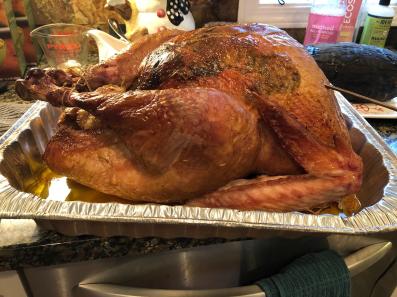 24 pounder smoked on our pellet grill.

We had a great Thanksgiving this year. Plans were changed, requiring the celebration to be at our house unexpectedly; but it worked out okay. We got the place cleaned, dishes prepped and cooked, and even the turkey (pictured here) turned out okay. I’ve prepared three Thanksgiving turkeys these last few years, and this year’s was by far the best. Oh, don’t get me wrong, it wasn’t the best turkey I’ve ever eaten, just the best one I’ve ever prepared (I think because of the brine and the herb butter under the skin). I’m finally getting the hang of the relationship between the pellet grill and that big ol’ bird. Although I do recommend grilling two smaller birds rather than one pterodactyl-sized bird; after brining and all the other stuff, the thing is almost as big as I am!

But what makes Thanksgiving a blessing rather than just a gathering are the people. It seems that more and more people are increasingly unthankful nowadays. Maybe they feel they have good reason to be, or are somehow entitled to live in a world of dark, stormy clouds. But this last Thursday, even amid such global ugliness, we were family together in one place at one time. We were thankful for each other, for the ability to have such an ample feast, and very thankful for our merciful God. And to top it all off, the rain stayed away as the turkey grilled in the corner of our deck under the branches of the leafless red maple tree.

The next day we had the great privilege of spending time with some good friends of ours. 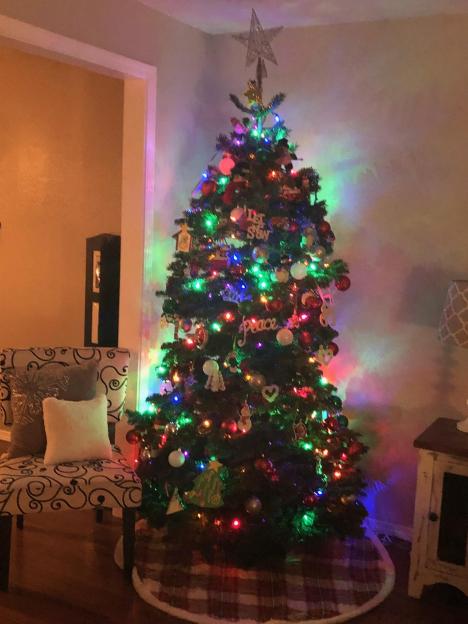 Our tree from Brooks Tree Farm.

They’re a couple we don’t get to spend too much time with. But on that day, we went together to cut down our Christmas trees. And once the trees were cut down, twined into easy-to-carry bundles and loaded into the back of our friend’s pick-up truck, we got a tour of the farm. The owners of the farm are members of our church and they were delighted to give us, including our eleven-year-old son, a tour of their facility. We got to see wreaths being made, trees being prepared to be shipped all over the world, including to Dubai (who knew they had Christmas trees there!). We saw the many large greenhouses where baby trees, called plugs, matured enough to be planted or shipped to nurseries. We saw all kinds of cool equipment as well.

After heading home and getting our trees set up and decorated (and eating a turkey lunch, of course), we reconvened and continued our day engaged in other activities. As the day came to a close, my family and I sat around our dining room table in flickering candle light and twinkly tree lights, feeling thankful that our last two days were spent with special people. We were also beginning to recognize that God was blessing us through the lives of others. We spent a lot of time with people that care for and love us as we care for and love them. Perhaps this is why there’s so much “unthankfulness” in this world, people don’t have meaningful relationships in their lives. Or maybe their hope, their future wishes, are based on flimsy philosophies or broken promises rather than on the God of the universe. Perhaps this helps me realize how important it is to be as much of an encouragement as I can to others. After all, Jesus did say:

Maybe if I take Jesus’s words seriously, I can help an unthankful person see even an inkling of something to be thankful for. And if nothing else, at least I won’t add to their reasons to be unthankful.